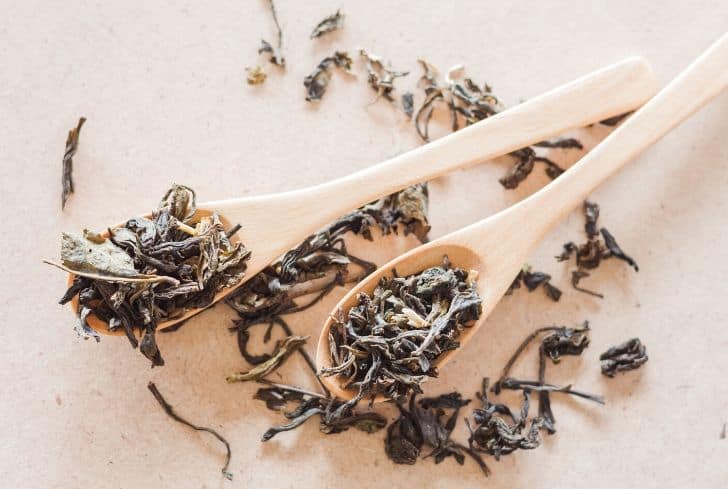 Want to start the day with a cup of tea but worried about your kidney health? Here we will explore the relationship of kidney stones with the consumption of tea. Is tea a causative agent or does it worsen the condition? Why are people with kidney stones asked to avoid tea? What types of teas should be avoided? Is oolong the same as other teas? So, we will start the discussion with the reason for kidney stones.

Kidney stones are formed by deposits of oxalates, uric acid, and calcium. These are the crystal-forming elements in the urine and when in excess, they clump together to form kidney stones. Oxalates are naturally present in several foods. Different factors contribute to the formation of kidney stones such as diet enriched with calcium and oxalate, metabolic disorders, and low fluid intake. Kidney stones can last for a while if not taken care of and cause bigger problems. The first thing to do is drinking a lot of water and refraining from the foods which increase the chances of getting kidney stones.

Why is it recommended to limit tea intake?

So, we are back to the question, why should you avoid tea when having the issue of kidney stones? Knowing the reason behind kidney stones, now we can look into this with a more logical approach. So, let us talk about the calcium and oxalate content of tea. The tea plant, Camellia sinensis contains oxalates. Therefore, the teas made from Camellia sinensis leaves including black tea, oolong tea, and green tea contain oxalates. However, the levels of oxalates in different teas vary. Fermented tea such as black tea has higher concentrations of oxalates as compared to semi-fermented oolong tea and non-fermented green tea. So, black tea can be one of the risk factors for kidney stones. The amount you take and the way you make your tea also counts. Besides oxalate, black tea has a higher concentration of magnesium and calcium than green tea and oolong tea. Hence, people who are likely to form kidney stones are advised to avoid black tea.

So, how do you make your tea?

Though it is common to take sweetened tea, the fructose in the sweetened beverages increases the concentration of oxalates in urine. In a study, while the sweetened sodas were found to increase the incidents of kidney stones, coffee and tea seemed to be associated with decreased risk of kidney stones. It also depends on the brewing of tea; darker and more concentrated tea contains more oxalate and thereby more risk of kidney stones. Several surveys also found iced tea to be more related to kidney stones. Why is it so when the hot tea also has the same composition? Well, the studies show that hot tea is less consumed than iced tea. The statistics by the Tea Association of the USA show that iced tea constitutes about 85% of the total tea consumption in the USA.

Adding milk to the tea also decreases the risk of kidney stones. Milk is a good source of calcium. The calcium content of the milk has the potential to bind to the oxalates. When the calcium is bound to the oxalates, they will leave the body as stools, passing through the stomach and intestines instead of kidneys. 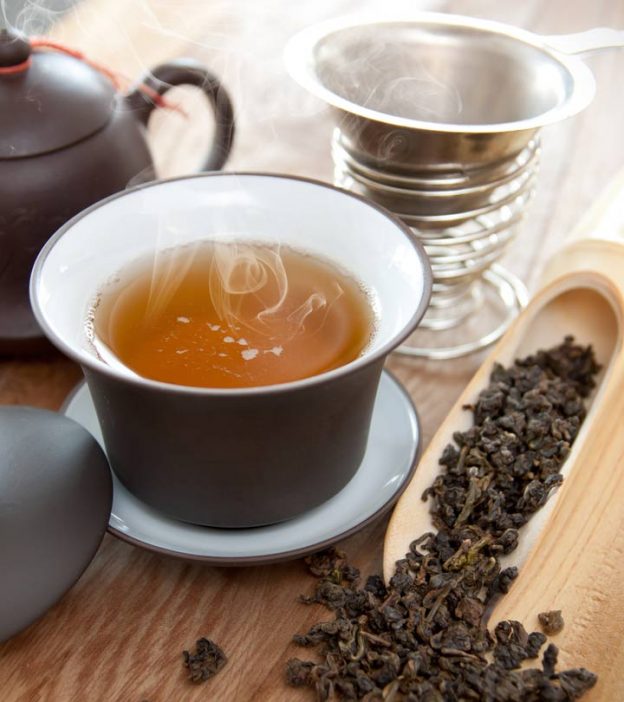 Although the recommendation of avoiding tea is long known, other studies suggest that moderate consumption of tea reduces the formation of kidney stones. Especially, replacing the black tea with low oxalate teas such as oolong tea would further reduce the risk of calcium oxalate kidney stones. Oolong tea, green tea, and black tea showed a significant reduction in the size and density of kidney stones as well as a change in the morphology and nucleation.

Now you must be wondering what are components of the tea that make it beneficial? Caffeine is shown to inhibit the formation of calcium oxalate stones in the kidney by preventing their attachment. Caffeine is the common component of oolong tea, green tea, black tea, and coffee. Though it is in greater amounts in the coffee than in green tea or oolong tea. Moreover, the phenolic compounds in the tea act as the reducing agents and hinder the formation of aggregates from the free metal ions in the solutions. Green tea has higher phenolic content than black tea and oolong tea. Though they are all active antioxidants which means they can also help reduce the association of free ions including calcium and oxalate. So, wouldn’t it be nice to have both flavor and health?

When does tea cause kidney problems?

While the moderate consumption of tea prevents kidney stones, the excess amounts are associated with kidney problems. A case study reported a patient with kidney dysfunction whose daily tea consumption was 16 glasses. The extent of damage was severe so that the patient was put on dialysis because of improper functioning of the kidneys. Therefore, beware that the water in large amounts can also be toxic. We hope that your tea addiction does not get you to drink as many as 16 glasses in a day! While you enjoy the flavors of oolong tea, also remember the amount you should consume.

Kidney stones have different compositions. Tea, previously known to be associated with kidney stones, has shown preventive effects in newer studies. The key is a moderate amount of tea. Calcium oxalate stones are more likely to be dissolved by tea consumption, whether it is in the form of oolong tea, green tea, or black tea. All of these contain varying amounts of caffeine which is a diuretic. The compounds in oolong tea including phenols and polysaccharides discourage the formation of clumps that accumulate in the form of kidney stones. To sum up, it would be misleading to say that oolong tea causes kidney stones. However, those who are already suffering from kidney stones should limit the consumption of black tea. Though drinking tea in less quantity has positive effects and nevertheless, choosing the better alternatives like oolong tea or green tea would be even safer. Therefore, cheer up, boost your energy with a cup of tea, and do not fear oolong tea.