Home » Tea » Does Oolong tea have side effects 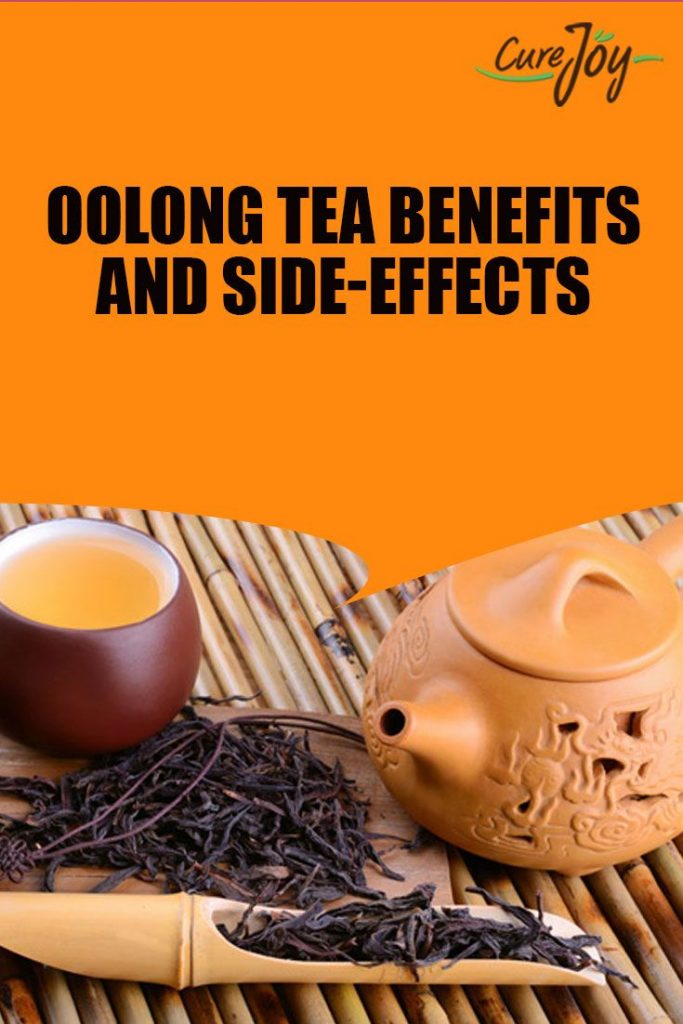 Yes, and judging by that look of astonishment on your face, we are guessing some of you thought there could nothing be wrong with this heavenly drink at all. Well, as they say, too much of anything is bad. The oolong tea is no exception to this rule. The number of side effects associated with its overdosing is too high, most of which will be discussed in this discussion, Not only do we explain the side effects associated with the overkill of oolong tea, we also highlight the less obvious reasons because of which things can go wrong in the first place. So, without further ado, let us start by discussing how oolong tea leaves play with our body’s system.

Of the many ingredients that are found in the oolong tea, the primary one is caffeine. Yeap, your good old friend caffeine which is found in your other favorite drink coffee as well! To understand how oolong tea works, it is imperative to understand how caffeine affects our bodies. Caffeine’s primary job is to keep our body alert, which it does by stimulating the central nervous system. It also acts on cardiac muscles which contributes to the general feeling of alertness that is associated with caffeinated drinks like coffee. The upshot of all this? Oolong tea’s doings are caffeine playing its tricks on your body.

What defines too much? 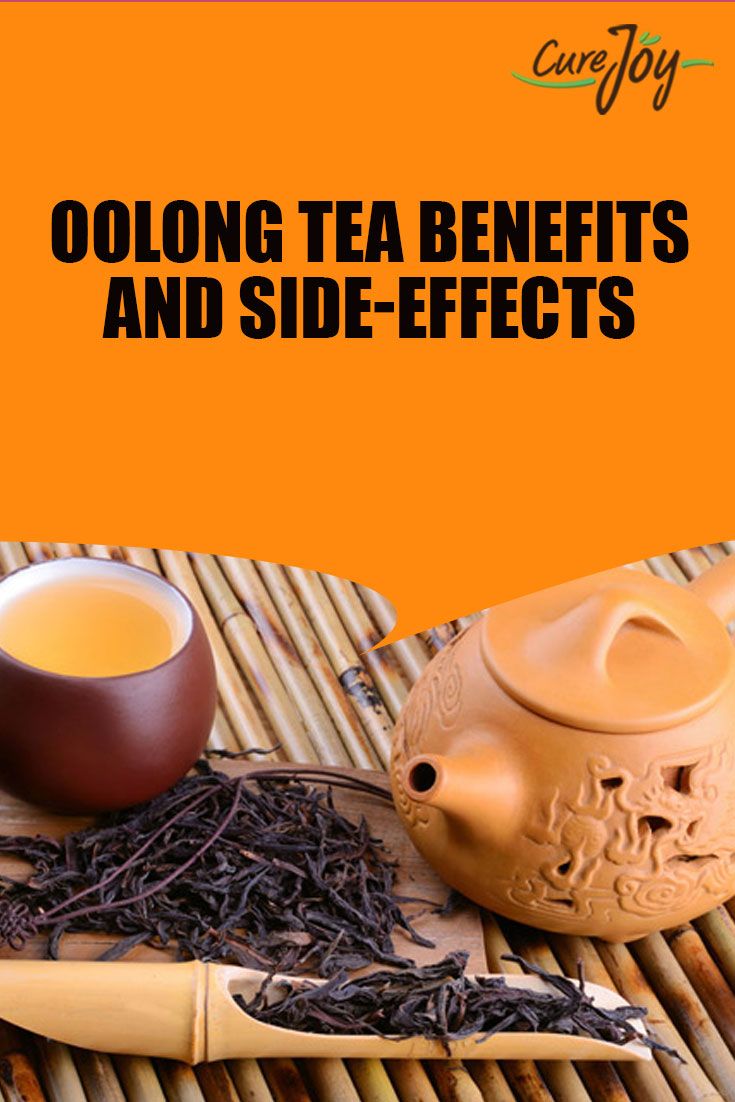 Usually, the side effects of something pop up when there is an overdose of a substance. What is too much in the case of oolong tea, you might wonder? Anything more than 2-3 cups per day is certainly more than normal. It is insane anyways if you are drinking four cups of oolong tea all seven days of the week. It might not be the strongest stuff in the drinking world, but it can affect your body quite strongly nevertheless. So, there you are. That’s too much query sorted for you!

The don’ts of drinking oolong tea

First, let us define for which ones of you, oolong tea is a big no-no:

1- Pregnant women, since caffeine percentage found in oolong tea is unsafe for unborn babies. This caffeine can seep into breast milk, hence nursing mothers must avoid oolong tea as well.

2- People suffer from anxiety. The reason behind this embargo is that anxiety is triggered by caffeine present in oolong tea.

3- Cardiac patients should sip as little as possible also since caffeine in oolong tea can lead to arrhythmia.

4- Not a suitable choice for those who suffer from glaucoma either.

We must make it clear that this list is far from exhaustive. But we are running out of space and time, so have to dash along! Now then, switching our focus back to oolong tea decorum, drinking it at early hours or the damned hours is strictly prohibited for those who care an iota about their health. Why the embargo, you ask? Well, in the morning, an empty stomach has a pH slightly on the acidic side. So experimenting with the idea of drinking something enriched with antioxidants is not a very great one, we must confess. On the other hand, drinking late at night will only interfere with your sleep. The question about the best time for drinking oolong tea does arise here! And the answer is thirty minutes after a meal. Not before or during a meal but after it!

We think we have established the foundation of basic knowledge well enough so that we can talk about side effects in detail in this section of the discussion. Now, when you are drinking oolong tea in high doses over a regular period, the first side effects that will begin to show are mainly because of excessive caffeine content. These effects can range from mild to serious, as you will see it for yourself in a minute. Minor side effects of over-consumption of oolong tea are mostly headaches, anxiety, and tremors. A more serious list of side effects includes dizziness and ringing in the ears. Unfortunately, even a stronger set of side effects exist as well. When things get worse, a user can suffer from problems like frequent urination, seizures, and even kidney stones. So, when we say you have to be cautious about the dose of oolong tea that is seeping into your body, please take it seriously! 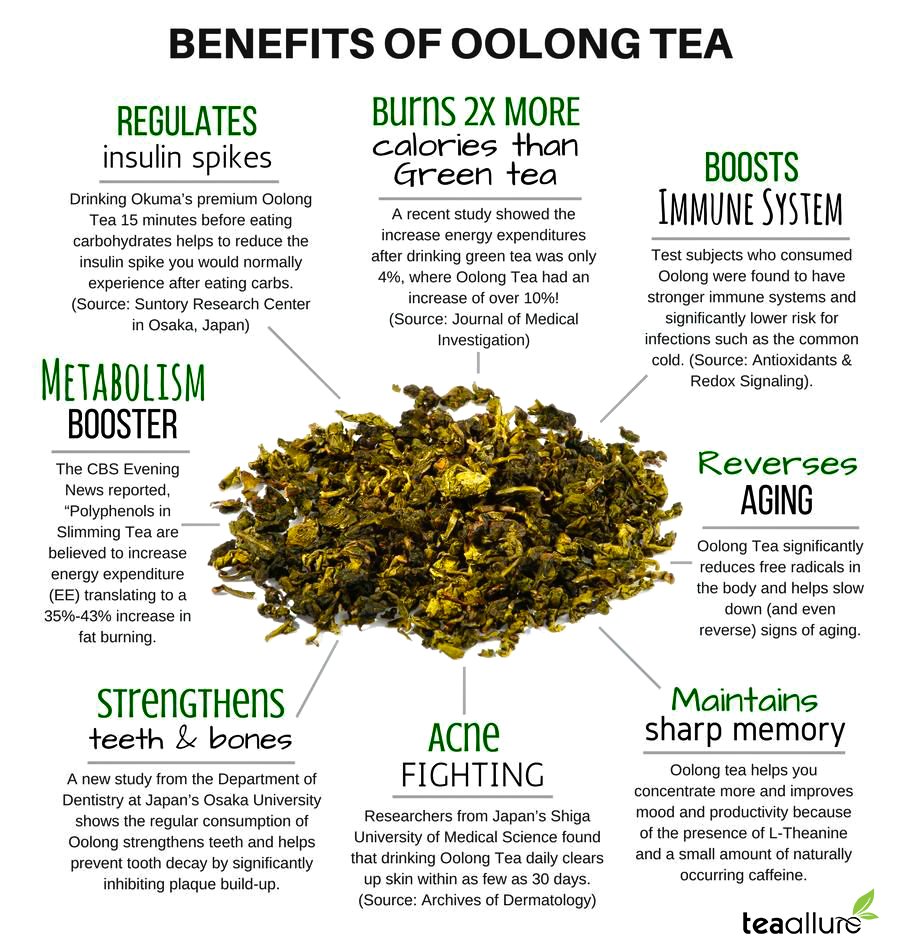 We have mentioned some in this discussion already, but the more you know the better it is. Oolong tea is not a great choice for individuals who have weak bones. The reason behind this is that the more oolong tea you drink more is the amount of calcium that is flushed out of your body. Then, some women cannot process vitamin D properly, especially during the postmenopausal stage. Oolong tea is rich in vitamin D, so women who have this problem must avoid oolong tea at all costs.

Drug interactions with oolong tea are something that doesn’t get talked about often. We don’t get the reason behind this overlooking the obvious sometimes! But well, we will try to encompass as many details as we can in this small space. First up are antibiotics, which decrease the rate at which our body breaks down the caffeine. So, if you are taking antibiotics and oolong tea at the same time, it is likely that you will suffer from headaches and jitteriness. Next up are the ephedrine containing stimulant drugs, which can make a lethal combo with the oolong tea. The reason why we are terming this combo lethal is that too much caffeine and ephedrine can stimulate your systems too much. Consequently, you will suffer from cardiac conditions and numerous other side effects. So, we will advise you to avoid enjoying oolong tea if you are on stimulant drugs of any nature also. Other key interactions which you must be aware of include alcohol’s slowing down effect on caffeine breakdown, and that of anti-diabetic drugs which attempt to lower blood sugar level.