Home » Blog » How Long Does Pre-Workout Stay in the Body 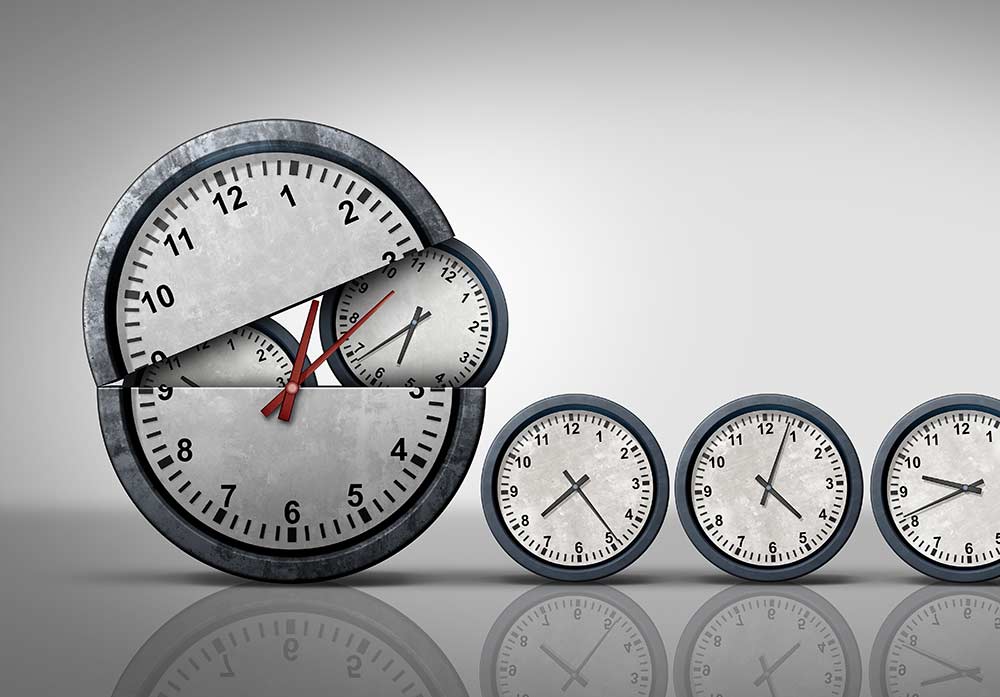 It goes without saying that in order to maximize your workout, you need as much energy as possible.  Irrespective of what kind of training you’re doing, your energy levels must be high in order to prevent feeling exhausted early on during your exercise regime. In the early days, a banana or even toast would suffice for energy, but with changing times, you’ll probably hear the phrase “pre-workout” more often than not.  So what exactly are these pre-out supplements, and do they work, or are they just a money-making hoax, and exactly how long do they stay in your body?

In essence, pre-workout supplements are supplements that are usually in the form of powder mix drinks that are supposed to boost your workout endurance and performance. No two pre-work supplement formulas are the same. Some pre-workouts contain carbs and are also calorie-free. Others contain caffeine and amino acids, which increase the blood flow to your muscles. Some even contain some very strange sounding ingredients such as deer antler velvet, which works on increasing insulin levels. But for most of the part carbs, beetroot juice, caffeine, and creatine monohydrate (which is a muscle-building supplement) are the most common ingredients.

Carbs are a no brainer. Carbs are what your body relies on as a source of energy and is usually recommended that you consume before your workout for that boost of energy. Beetroot juice is slightly less researched, but what studies conducted have shown is that beetroot juice produces nitric oxide, which increases the blood flow in your body and reduces stress on your heart. In terms of sports performance, it improves cardiovascular performance.

Similarly, caffeine is also well known as an energy-boosting stimulant, and some studies back up the claim that it does enhance sports performance. The studies work on the theory that caffeine helps the muscles burn fat and preserve glycogen, which in turn allows you to work out longer and harder without losing your energy reserves.

Creatine is derived from three naturally produced amino acids, which are stored in your muscles as a quick energy source. Some studies suggest that high doses of creatine help increase muscle mass and strength. While others suggest, creatine is more useful if taken after your workout because your body will be able to absorb it better when your natural stores are low.

How long does it take for Pre-Workout to kick in? 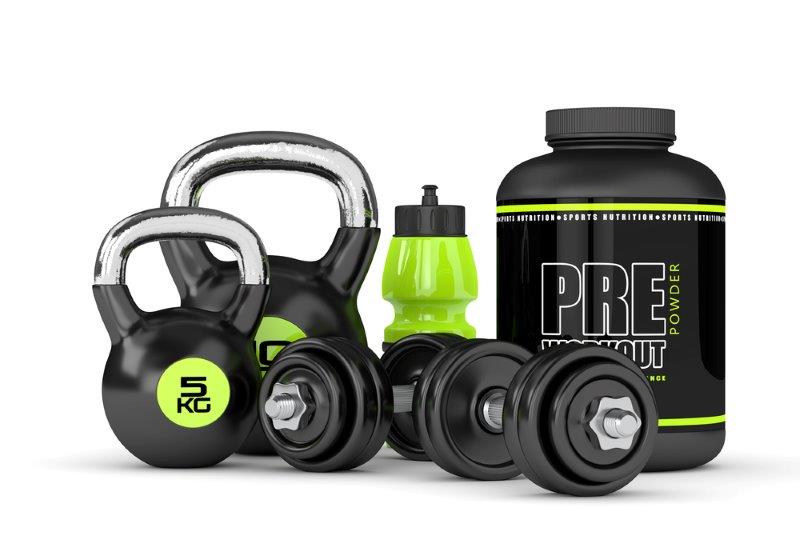 There is no hard and fast rule as to how long it takes for pre-workout to kick in. It varies from person to person and is dependent on a number of factors which include:

Taking all those factors into consideration, on average for most healthy people, the amount of time it takes for pre-workout to kick in ranges anywhere between 15 to 30 minutes properly. However, it can kick in earlier, so you’ll have to try it out once and adjust your intake accordingly.

How do I know that pre-workout has kicked in?

There are several signs your body will hint towards to tell you that pre-workout is working.

A sudden boost in mental focus:

You’ll find yourself able to focus much more, which is essential to fit in your exercise routine in the limited time period you have set for yourself.

Once the pre-workout kicks in you’ll notice that your skin is tingling. Don’t worry, that’s not a bad sign! It’s quite a natural response called the histamine response, which is a result of your body responding to the beta-alanine present in the pre-workout. Some even describe the feeling as an itchy feeling.

The most obvious sign that the pre-workout is working is that you’ll feel more energized, especially if during intense workouts such as squats. You won’t tire out easily and will be able to push yourself to do more. You may even feel energized after you’re done, depending on your workout intensity.

How Long Does Pre-Workout Last in the Body? 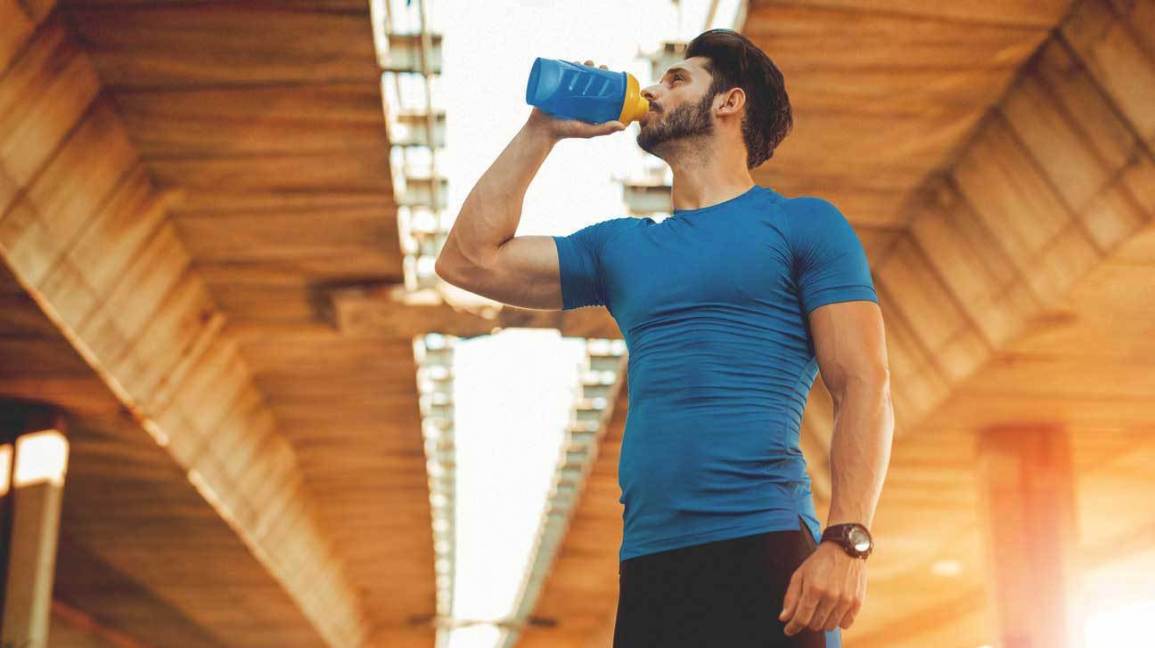 Having said that, average, it is expected that pre-workout lasts at least 1 to 3 hours for a healthy person.  But the ingredients also play a role in the duration of the pre-workout.

Caffeine can stay in your body for up to five hours. However, that doesn’t mean that it will continue providing energy for that long. Eventually, after 60 to 90 minutes, the effects of caffeine start wearing off.

Beta-Alanine provides an energy boost for a similar 45 to 60 minutes before it starts wearing off. The tingling sensation that is a reaction to beta-alanine doesn’t last longer than 60 minutes.

Carnitine doesn’t have a lot of scientific research on how long it stays in your system, mainly because it’s also produced naturally. The assumption is that it lasts no more than 60 minutes.

From what we can tell, pre-workout isn’t a bad option to take in order to increase your workout performance. Having said that, there are always risks involved which one should be fully aware of before starting on something new. Most, if not all, pre-workout supplements are not FDA approved, and thus it is completely up to you to ensure that you research the ingredients before starting on the supplements.

Another precautionary measure one must take is to make sure you don’t take too much of the supplement. Consult with your trainer rather than experimenting yourself because an overdose can have health risks attached.