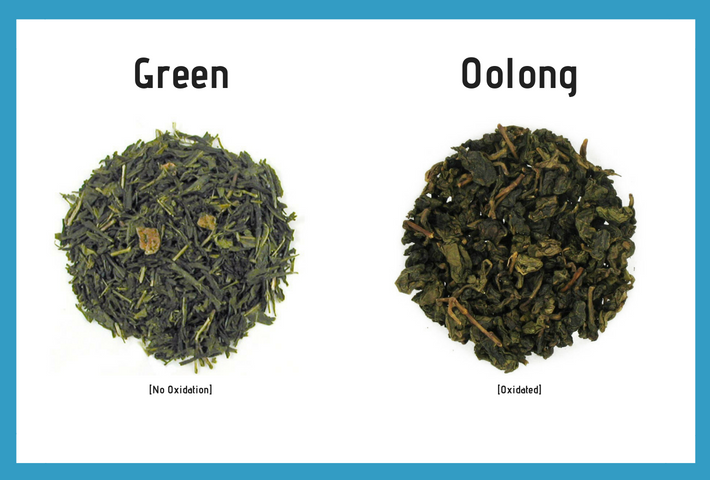 Since you are here, I suppose that you are quite a fan of teas. Though oolong tea is not very well known, your love for tea brought you here. So, welcome fellow tea lovers! Maybe drinking the same black tea or green tea is not fun anymore and you want something new, the new aroma, the new taste? Ah, maybe it is not new to you, but you want to find out whether it is healthier? Let me tell you that you came to the right place.

Oolong tea, haven’t heard about it before?

It’s alright if you have never heard about it before. In that case, we will have the pleasure of introducing it to you. Oolong tea comes from the leaves, buds, and stems of the plant commonly known as the “tea plant”. To be more specific, the tea plant is referred to as Camellia sinensis, the same plant as green tea. It first originated in China and is now produced by many Asian countries and there are several varieties of oolong tea.

At this point, you must have assumed that it is just a different flavor of green tea. I am sorry to tell you, but you are not good at making guesses. In addition to the difference between the varieties of the plant, the actual difference lies in the processing method of green tea and oolong tea. So, the green tea or oolong tea just looks like the dried leaves of some plant picked up and sold, but you know there is processing involved. For oolong tea, the withered leaves are first fermented and then dried. While for the green tea, the leaves dried immediately to prevent fermentation. And just so you know that you are not yet qualified to make it yourself as I have not mentioned the details of the complicated steps of manufacturing. But nothing to worry about as it is available at most grocery stores and can be bought online as well. But first thing first! Yes, certainly we are first going to talk about the taste.

How does it taste?

The tannins in the plant undergo oxidation reactions during the fermentation process. So, this is why oolong tea has a distinct flavor as compared to green tea. The taste of oolong tea is stronger than green tea and lies somewhere between black tea and green tea. Also, in appearance, it is darker. The taste of oolong tea varies between a fruity, nutty, or sweet honey-like scent and a woodsy, cinnamon, or roasted flavor. I bet you now want to try it as you were already confused about choosing between black and green tea. No? Okay we all have our differences, I admit. But when it comes to the discussion about tea, we all think about antioxidants. So, which of these has more antioxidant properties?

Antioxidants (although they sound like some villains) are the heroes, saving our cells from oxidation damage. They capture the oxidizing free radicals and prevent the negative effects caused by them. Polyphenols and catechins are the components of the tea that serve as antioxidants. Different types of teas have different levels of antioxidants. Oolong tea has a fewer number of antioxidants in comparison to green tea, owing to the fermentation process. However, there are still plenty of antioxidants in the oolong tea as well. These antioxidants protect against strokes, cancers, heart attacks, and neurodegenerative disorders such as Alzheimer’s disease.

If you are looking for something strong to keep you awake, then this is not your cup of tea. The levels of caffeine in green tea and oolong tea are almost equal. Therefore, it has less caffeine than a cup of coffee but slightly more than the caffeine in green tea. Nevertheless, it is good news for those who want to restrict caffeine intake.

Green tea is well known for aiding in weight loss. However, the same goes for oolong tea. Oolong tea accelerates weight loss by increasing metabolism. As oolong tea has slightly more caffeine than green tea, it may help enhance the metabolism more efficiently. It was reported in the Journal of Nutrition that oolong tea consumption is associated with an increase in metabolic rate and enhanced oxidation of fats which helps burn body fat deposits.

Oolong tea also affects blood sugar levels due to the presence of polyphenols. The polyphenols of oolong tea decrease blood glucose levels by inhibiting the digesting enzyme which breaks down the sugars into glucose.

Other health benefits also overlap with those of green tea i.e., boosting the immune system, preventing cancers, and decreasing the risk of strokes.

Oolong tea and green tea both have unique characteristics. In terms of health benefits, both seem to be tough competitors. In some studies, oolong tea is found to have better antioxidant properties than green tea. However, it depends on the level of oxidation during the fermentation process. The health benefits of both teas are somewhat comparable. So, whether oolong tea is better than green tea depends on the preferences and personal experience. The wide range of flavors of the oolong tea may provide more options for your teatime. Also, antioxidants improve overall health.

How to make it?

Making oolong tea is as simple as green tea. The steeping time and temperatures may vary depending on the variety of the tea. The duration of steep ranges between 10 seconds and 8 minutes.

How much should you consume?

“Anything in excess is poison”. You must have heard this famous quote by Theodore Levitt. Drinking too much oolong tea or green tea might cause an irregular heartbeat. But then again, how much is ‘too much? Usually, 4-5 cups a day do not cause any side effects. It depends on the caffeine sensitivity as well. So those who are sensitive to caffeine should avoid oolong tea as well as green tea or any other beverage containing caffeine.