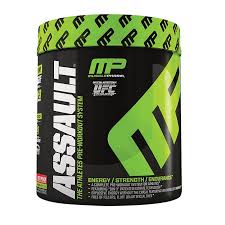 Pre-workout supplements have been taking the sporting and gym world by storm and for a good reason too. Considered to be the best way to boost your energy to help you achieve your fitness goals and also accepted as a legitimate product to use, pre-workout is the way to go.

Over the years, different pre workouts out brands have come and gone, but if there is one brand that has withstood the test of time and has not only proven to show results but has also shown a commitment to improving their formula for their customers, that brand if without a doubt MusclePharm.

MusclePharm, a nutrition-based company from Denver, is more popularly known for its pre-workout supplement known as “Assault.” Although its target market has been MMA fighters, in particular, it has been marketed as “the ultimate performance and energy complex.” So, what makes MusclePharm stand out amongst the rest of the pre workouts available in the market?

Well, to start off with Assault is loaded with all the necessary ingredients that make pre-workout supplements effective. The ingredients are divided into four groups which include:

Each group contains essential ingredients needed for various kinds of energy boosts the body requires during a pre workouts. Under the Energy and Focus group, the blend contains both caffeine for that adrenalin rush and creatine for strength. Caffeine works on blocking the signals that are sent to the brain, which hint at fatigue and sleepiness. At the same time, creatine, which is an amino acid derivative, works by storing energy in the muscles as well as increasing muscle mass.

Under the Muscle fuel blend, we have an even mixture of both taurine and glycine. Taurine aids the body by improving the hydration in one’s system and reduces the occurrence of muscle cramps while improving anabolism. Glycine is imperative for cognitive functions.

The Strength and Performance blend is a combination of three essential pre-workout ingredients, namely beta-alanine, creatine, and betaine anhydrous. Beta-alanine is known for its endurance building properties and helps you work out harder and for a longer duration. As far as betaine anhydrous is concerned, it works on reducing the homocysteine levels in the blood, which in turn improves the blood flow in the body. 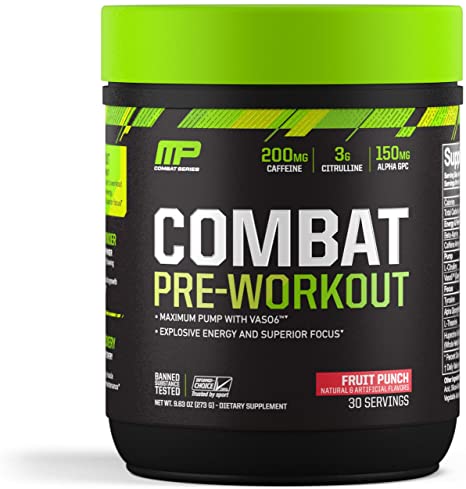 As far as the Vitamins are concerned, there is a mix of Vitamin C, Vitamin E, Vitamin B6, and Vitamin B12.  Vitamin B12 is needed to produce healthy blood cells as well as channeling the carbohydrates in the body to produce energy in the body. Vitamin C is a known antioxidant that works on reducing muscle fatigue during and after workouts.

MusclePharm Assault Black and its ingredients

Another variant of the MusclePharm range is the Assault Black pre-workout. This supplement contains a blend of essential pre-workout ingredients needed. These include L Citrulline DL Malate and Betaine Anhydrous, which is needed to boost the amount of nitric oxide in the body, which works on helping our arteries relax, which in turn improves the blood flow in our bodies and also reduces fatigue during and after a workout.

The supplement also contains creatine and blockchain Amino Acids. Creatine, as discussed above, is what is needed to improve an athlete or gym goer’s strength.  Whereas the BCAAs are needed to reduce fatigue by increasing the recovery time. 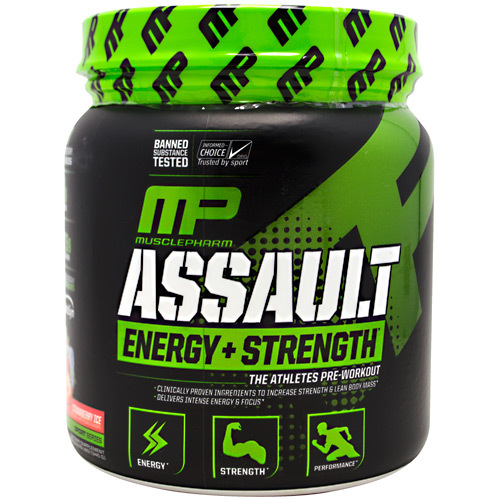 The Beta-Alanine is especially essential for endurance and durability, especially for extremely intense workouts. And no pre-workout supplement is complete without a good dose of caffeine. Caffeine is a no brainer ingredient that is used for an energy and adrenalin rush.

Wreckage Pre-Workout and its ingredients

Fair warning for those who plan on buying Wreckage: this is not suitable for beginners. It is an extremely strong mix, and for those who don’t have experience with pre-workout, you’ll feel sick after taking this particular one. So, the question that thus arises is what makes Wreckage stronger than the other variants in the MusclePharm line? Here is a breakdown:

To start off, the supplement contains L-Citrulline, which is especially needed for weightlifters. It helps increase the nitric oxide in the body, and as discussed before, this helps the blood flow in our systems. However, Wreckage contains L-Citrulline DL Malate, which gives an even more increased energy boost than what Citrulline does. On a standard level, the amount of Citrulline malate used is on a 1:1 ratio. However, Wreckage’s formula includes a 2:1 ratio of the DL Malate, which already is enough for that energy kick without the increased ratio. 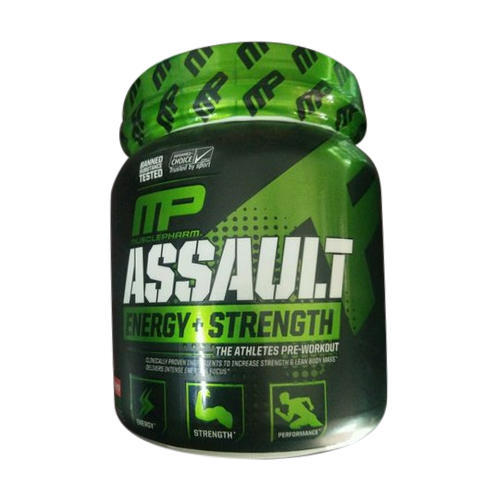 The second ingredient incorporated into the formula is 4 grams of Leucine. Leucine is scientifically known to be the most anabolic/muscle growth-promoting ingredient out there. Four grams is perhaps the highest quantity used in pre-workout supplements. So, you can only imagine how strong this supplement is.

Finally comes the game-changer ingredient, which is D-Aspartic Acid, which makes the supplement hardcore. They are known to stimulate testosterone production in men. Testosterone is known to be responsible for muscle building. However, whether this ingredient actually works is currently up to debate, and no conclusive results have been found.

Other more commonly used ingredients found in the supplement include caffeine, creatine, and beta-alanine, all of whose effects have been discussed above.

There is a clear reason why MusclePharm has been so successful in its wide range of pre-workout supplements. They have been continuously working on improving their formulas and have not compromised on the quality. However, word of advice is that no matter which supplement you choose, always know what you’re ingesting into your system. Everybody has different reactions to different ingredients, so know what your body needs and doesn’t need. Proper research and taking advice from those experienced in these fields is always advisable.