Home » pre workout supplements » What You Need to Know About Yohimbe 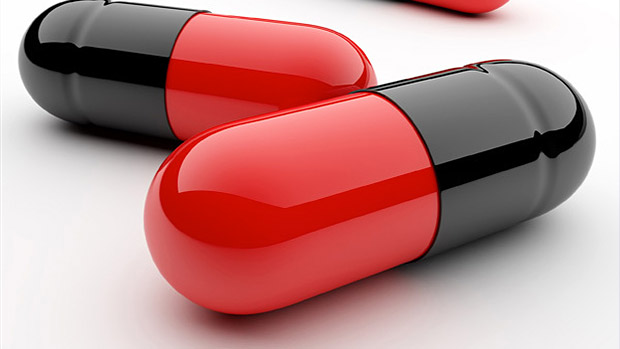 Gone are the days when professional training was all about putting decent effort in your training and nothing more than that. A modern-day workout is incomplete without the supplements popularly known as pre-workouts and post-workouts. The training programs have become more and more demanding as the competition has mounted to an unimaginable level. Hence, the reliance on pre-workouts to get you through a tough training session has increased tremendously. One such a pre-workout that is becoming fast popular among the masses is a Yohimbe containing pre-workout. Haven’t heard of it? Don’t worry, this is a discussion that is dedicated solely to the doings of Yohimbe. Oh, and by the way, this isn’t your average pre-workout ingredient. It has some magical properties that you might be interested to hear about. But let us not spill all our beans here, and first, have a look at what Yohimbe is.

So, what is Yohimbe? Let us satisfy your curiosity by telling you that it is a dietary supplement that is made from an extract obtained from the bark of an African tree. We are sure that didn’t help! Well, the special thing about Yohimbe is that it is an herbal supplement that has multiple uses, which we will discuss later in this article. Mostly, its uses were considered to be an aphrodisiac nature. However, recently, remarkable effects on weight and training, in general, have been observed as well. This is what makes Yohimbe such an exciting prospect from a pharmacological point of view. We wait for more research on Yohimbe but cell biologists believe that Yohimbe exerts its actions by blocking a receptor in our body called the Alpha-2-Adrenergic receptor. Now, it’s getting too technical! So, we conclude this comprehensive overview of Yohimbe by mentioning the name of the tree it is extracted from, it is called Pausinystalia Yohimbe.

There is one confusion that we would like to address before we jump to the finer details of the substance under discussion. People often confuse Yohimbe with Yohimbine. There is a massive difference between the two terms that you ought to be aware of. Yohimbe is the popular name of the tree that we mentioned in the previous section. A medicinal preparation is made using the aforementioned tree’s bark and sold as an aphrodisiac. The common definition of an aphrodisiac is a substance that boosts sexual desire. Now compare that to Yohimbine. This is an alkaloid that is isolated from Pausinystalia Yohimbe’ bark and is quite soluble. The upshot of all this information is that Yohimbe is a mixture of alkaloids while Yohimbine is a singular alkaloid that has been studied more by the researchers as compared to Yohimbe. 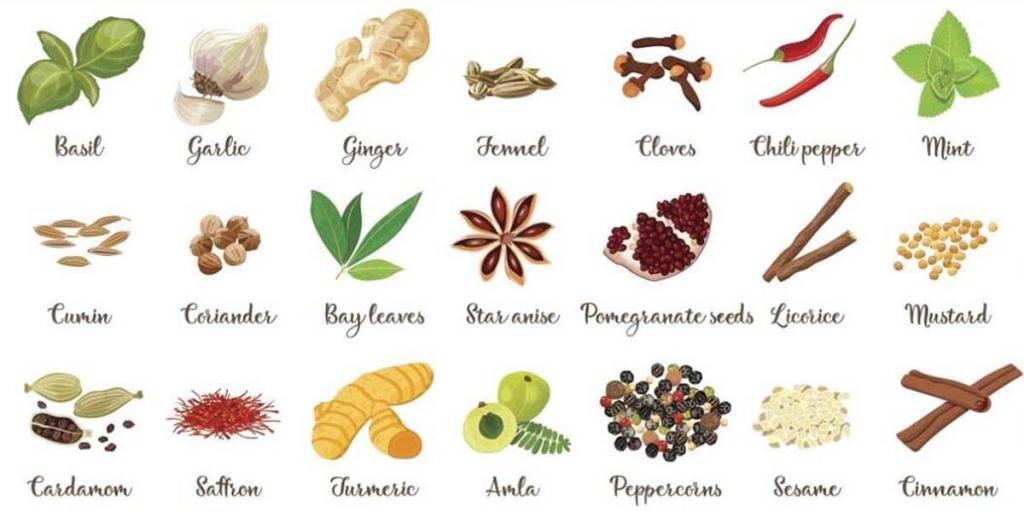 At this point in the discussion, Yohimbe must be stuck somewhere at the back of your mind. Yohimbe, Yohimbe, catchy name, isn’t it? But you know almost nothing about its mechanism of action or its effects and benefits. We will talk about the benefits later, for now, let us focus on how does Yohimbe works. This is the most technical part of this discussion, so we want your full attention.

The substance works by exciting the Sympathetic nervous system in our body. This is the part of our nervous system that is associated with the much-famed flight or fight response. What is happening at the molecular level is of prime interest here. The fight or flight response activation leads to the release of neurotransmitters known as adrenaline and noradrenaline. Once these molecules make their way into your bloodstream, the human body becomes much more alert as numerous events happen at once. Your body temperature increases as does your blood pressure. So that is basically what a capsule of Yohimbe can do to your body. But wait, that isn’t all Yohimbe does. Remember the receptor that we mentioned some lines ago? The Alpha-2-Adrenergic receptor? Yohimbe can bind to these receptors in your fat cells and burn your body fat. Cool, isn’t it?

We are pretty sure that by now, a blurry picture of the uses of Yohimbe has already formed in your brain. It is time to color this rough sketch. In the following lines, we are going to have a detailed look at the benefits that are associated with Yohimbe intake. There might be more than the five we are going to discuss, but research is carried out for these five and we thought it prudent to discuss only that which is backed by science. 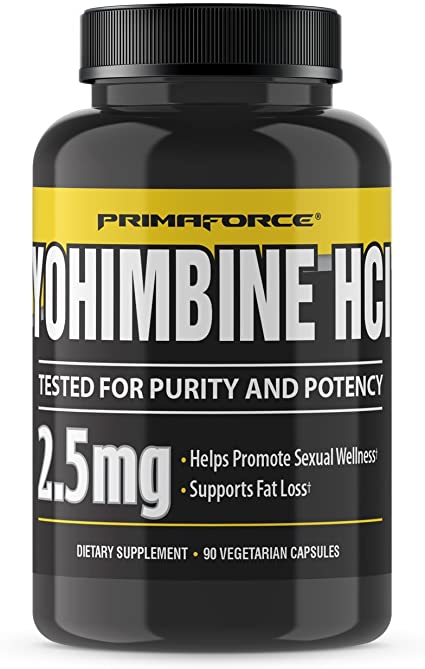 By nature, Yohimbe is a vasodilator. What does that mean? A vasodilator is any substance that can cause the blood vessels to expand. Opposite to that, there are vasoconstrictors, the vessel narrowing chemicals, and neurotransmitters. Now since Yohimbe is a vasodilator, it can cause your blood vessels to expand, thereby increasing the flow of blood to your organs. This improved blood circulation has many advantages for your body. Not only your cells are getting more oxygen courtesy of increased blood supply, but there is also an increase in nutrient supply. So, improved circulation of blood leads to the enrichment of cells with oxygen and nutrients.

If you are looking for a pre-workout that not only heats your body but burns some of that fat on your body as well, Yohimbe tablets are something that you should definitely checkout. This herbal supplement has proven to be effective, in particular, for women who aspire to lose some of their body fat. While the workout and the dietary modifications remain the best way of shedding extra bodyweight, supplements like Yohimbe have shown that they can accelerate the process. Yohimbe in particular does so by binding to the Alpha-2-Androgenic receptor found on fat cells and prevents the binding of adrenaline or noradrenaline. This magically accelerates the process of weight loss.

As we said earlier, professional training these days is incomplete without pre-workouts and post-workouts. We have mentioned the effect of Yohimbe on blood circulation and body fat. Couple these with the energy-boosting properties of this pre-workout supplement and you have a bomb product, as Jesse Pinkman from Breaking Bad would say. What can you expect after gobbling up Yohimbe capsules just before a workout? A remarkable increase in your persistence and endurance that will help you put in a few more hours at the gym. Isn’t that what we all want?

Science is exploring every possible option to find a cure for erectile dysfunction, a problem that can upset the life of anyone suffering from it. The good news in this regard is that Yohimbe can be an answer to this problem. Please notice that we have used the word can here, since scientific evidence is far from incomplete in this regard. There are side effects to be considered as well, hence caution must prevail when consuming Yohimbe with an intention to fix the dysfunction problem. The supplement improves the blood circulation, as we discussed it already, which is a critical aspect of erectile dysfunction treatment.

They say depression is like a war, either you win or you die trying. If nothing has worked for you, you can try Yohimbe. Yes, Yohimbe can help you there. Ever heard of monoamine oxidase? This is an enzyme that is involved in removing the happy neurotransmitters from your brains such as norepinephrine, dopamine, or serotonin. The inhibitors to these enzymes are in demand, and Yohimbe is also involved in blocking the aforementioned enzyme. But we must warn you that there are risks associated with the doses at which Yohimbe inhibits this enzyme. Hence, try this herbal supplement only as a last resort.

We hope that by now, your knowledge about Yohimbe has increased considerably. Well, hope is a bit of a soft word, it should be. Now, we are going to discuss the bit that excited newbies always get wrong about Yohimbe. Using Yohimbe. How are you going to this fascinating herbal supplement? As we mentioned earlier, caution must prevail while using a pre-workout of this nature. Ok, so this is a supplement that is suitable for both men and women. And since it is a pre-workout supplement, the ideal time to gobble it up is at least 30 minutes before you hit the gym (or whatever training you are involved in). Make sure that you haven’t eaten heavily before you consume Yohimbe capsules. Otherwise, the effects of the supplement will be diminished considerably because of increased insulin production. As for the amount, well, it is ideal to start with small amounts and see how it goes. The best approach in this regard would be to consult your gym trainer if you have one overseeing your progress.

Side effects of Yohimbe 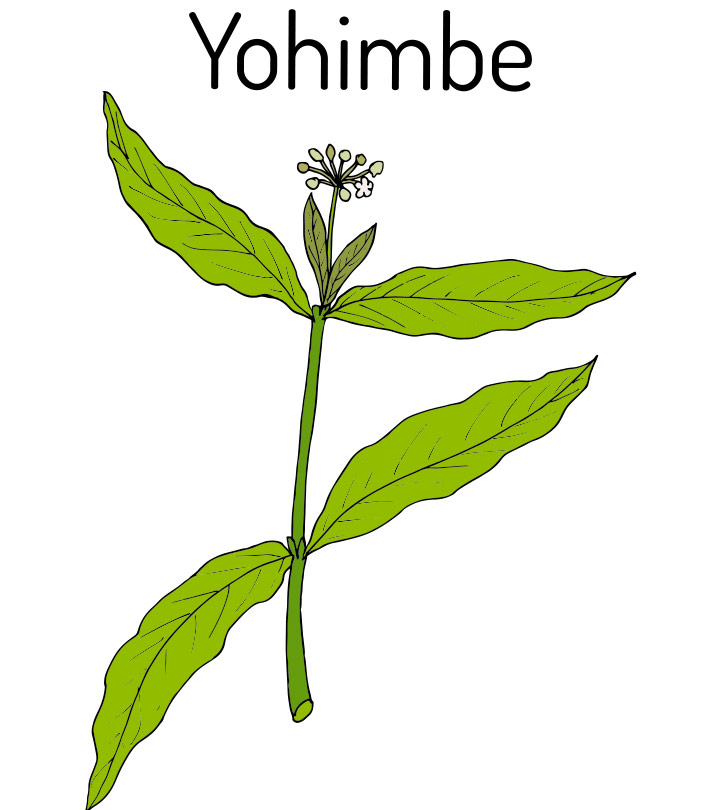 Well, we have talked about the good side in detail. Now, let us have a look at some of the cons associated with the consumption of Yohimbe. A study has been carried out by the California Poison Control System, which considered all the side effects associated with Yohimbe consumption. There were some minor risks which we can ignore for the sake of convenience in this discussion. The important side effects that the study reviewed included GI tract troubles, increased heart beating as well as blood pressure. You will be able to understand why these phenomena happen if you reread the mechanism of action of Yohimbe. Some other major concerns associated with Yohimbe include renal failure as well as a risk of a heart attack. We understand why your eyebrows are raised! The comforting news is that none of these conditions developed from the consumption of pure Yohimbe. Rather the products used contained other ingredients as well. This is why we thought it would be prudent to have a look at the drug interactions of this herbal supplement.

Negative interactions of Yohimbe have been reported with several drugs. Hence, you are better off not using this pre-workout if you are using any of the drugs that we are about to mention. It can cause more harm than good! By category, a person taking drugs of dietary or anti-depressant nature must not experiment with the idea of incorporating Yohimbe in their diet. Oh, we nearly forgot, add congestion solvers in this list too. Speaking more specifically, stay away from Yohimbe if use opioids, BP controllers, methamphetamine, or any anxiety-relieving drugs.

Is Yohimbe for me?

We are moving towards the conclusion of this discussion, so maybe now is a good time to discuss if Yohimbe is for you or not. We have enlisted the pros and cons of this herbal supplement but we would still like to say a word or two in this regard. Firstly, Yohimbe isn’t a pre-workout that pregnant women or teenagers below 18 years of age should try. A big no for these two groups. On the other hand, if erectile dysfunction has severely affected your life, you can try out this pre-workout as a treatment. But you must talk to your doctor before you do that! If you intend to use Yohimbe as a weight loss supplement, we don’t say any reason why shouldn’t you that. But again, the dose that you are taking matters a lot.

It is wrap up time, folks. We hope that you found this discussion intriguing as well interesting. Yohimbe is an herbal extract that certainly has the potential to solve some of the most challenging problems faced by humans. More and more scientific research is needed in this regard so that a clear picture of the pros and cons of this product can be sketched. Based on the evidence that has been collected so far, Yohimbe seems to be a revolutionary supplement that threatens to knock off some of the substandard, inferior quality supplements from the shelves. One thing that you must be aware of is that the Yohimbe product you are purchasing must be manufactured by a reputable brand. Otherwise, it will cause more damage than good. Well, on that note, we bid you farewell!